Coronavirus – What is it and What can we do? 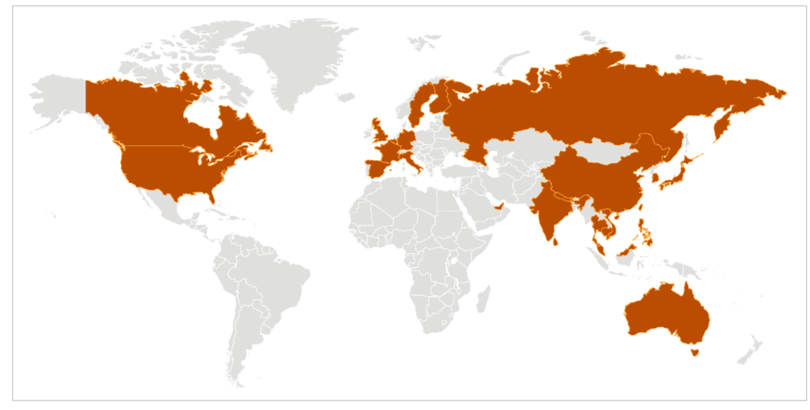 We live in an increasingly global society, with an unprecedented connection between nations. Unfortunately, these connections mean that we share the bad along with the good, and this has become apparent in the current Coronavirus outbreak that began in China and has now spread to almost three dozen other countries. The media has a tendency to sensationalize aspects of this disease, but let’s take a moment to examine the facts.

What is the Coronavirus?

The official name for the virus at the center of this outbreak is the 2019 Novel Coronavirus, or 2019-nCoV. It was first identified in Wuhan, Hubei Province, China. While public health officials are still hard to work to determine exactly where 2019-nCoV originated, a recent study published in The Lancet on January 29, 2020 stated that 10 analyzed genome sequences suggest that this particular virus likely came from bats. The virus made the leap to humans by way of the Huanan seafood market in Wuhan in mid-December 2019, since when person-to-person transmission has been detected, allowing for more rapid and further spread of the virus.

The level of illness reported in confirmed cases of 2019-nCoV to this point have ranged from little to no symptoms to severe and even fatal illness. The symptoms experienced include a fever, cough, and shortness of breath, along with runny nose, sore throat, and a headache. It’s important to note that while severe illness and even death have been seen from this virus, so far such severe illness has only occurred in approximately 15 to 20% of cases, and those cases were mostly found in individuals with compromised immune systems such as the elderly and those with pre-existing medical conditions, such as heart disease and diabetes. The most common complication seen with 2019-nCoV so far has been pneumonia, but there have also been instances of multiple organ failure and sepsis. Because this virus is so new, its specifics are still being determined, but current estimates for the incubation period sit between one and 12 and a half days, with the average incubation period sitting around five to six days. That being said, it is possible for the incubation period to be as long as 14 days, therefore the World Health Organization is recommending that health departments monitor close contacts of confirmed cases for two full weeks in order to catch all potential cases.

What is the current state of the virus?

As of February 5, 2020 there have been 24,554 cases confirmed globally, a number that is growing rapidly each day at this point. Of those cases, there have been 492 deaths as of February 5, 2020 from 2019-nCoV. These numbers equate to a mortality rate of approximately 2% for this virus. The majority of these cases are still located within China, with 24,363 of the current cases being in that nation. All of the fatalities except for one have been in China, with the other fatality occurring in the Philippines. The other 191 confirmed cases of 2019-nCoV are spread across 24 countries worldwide. There are currently 11 confirmed cases in the United States and another five confirmed in Canada, with no fatalities in North America to this point. The majority of the cases in the United States are attributed to individuals who have recently been in China, with only a few that have been transmitted on US soil, all of which involve close contact with an individual who had recently been in China.

Health organizations all over the world are taking this virus very seriously and working together to contain the virus and stop its spread as quickly as possible. Here in the United States, the federal government is working closely with state and local partners and all levels of public health officials to mount a multi-layered response. The goal in the United States is to quickly detect cases and minimize the impact this virus has on our soil. To that end, the CDC established a 2019-nCoV Incident Management Structure in January as well as mobilized its Emergency Operations Center to provide better ongoing support for the response to this virus. Updated travel guidelines have been issued by the CDC, advising against non-essential travel to China until this outbreak is under control. Additionally, the US government has suspended entry to the US for any foreign nationals who have been in China within the past two weeks, as well as implementing health monitoring and possible quarantine of up to two weeks for US citizens, residents and their immediate family seeking to enter the United States after having been in China. Finally, the CDC has deployed teams to all states with confirmed cases of 2019-nCoV in order to assist the local health departments with management of disease control protocols and a diagnostic test is available to efficiently identify cases of the virus, however all testing currently must take place at the CDC.

What precautionary measures are needed to stay safe?

Basic precautions taken during cold and flu season are also helpful in preventing the spread of 2019-nCoV, such as frequent hand washing, covering your mouth and nose with a tissue or the crook of your elbow when you cough or sneeze, and avoiding close contact with individuals who are ill. Additional precautions specific to this virus relate to notifying your health care provider if you are feeling ill and you or someone you are close with recently traveled to China. And, per CDC recommendations, if it isn’t necessary to travel to China at this time, you are wise to avoid doing so until this outbreak is under control.

While this virus certainly sounds scary and can be dangerous when the conditions are right, there is currently no reason to panic for most Americans. It’s important to be aware and cautious, but remember that at this time the risk to the American public is still considered to be very low. Be diligent in taking the typical precautions you would to protect yourself from illness in any other situation. And take comfort in knowing that organizations around the world are working together in unprecedented ways to contain this outbreak and stop it from getting worse.

*For more information on the worldwide response to this outbreak and how Henry Schein is doing its part, check out this post ( https://www.linkedin.com/pulse/lessons-learned-from-pandemics-past-stanley-bergman/ ) from Henry Schein’s CEO, Stanley Bergman.

We’d be happy to connect you with one of our specialty reps! 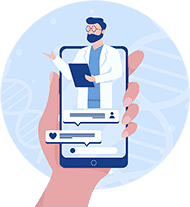 Revenue Diversification: The Path to Better Financial Health for Your Practice

In many industries today, businesses have come to the realization that being a one-trick pony doesn’t cut it anymore. Revenue diversification is necessary to thrive, and healthcare is no different...

There’s no escaping the talk of consumerism in healthcare. This new approach to healthcare started several years ago and appears to be here to stay. What does this mean, and..

Description: Proper waste management is critical to every medical practice. Learn how MedPro can keep your practice compliant and through small adjustments can save you money! Speaker: Tyler Hansen Bio:..